Get fresh music recommendations delivered to your inbox every Friday.

by Slum Of Legs 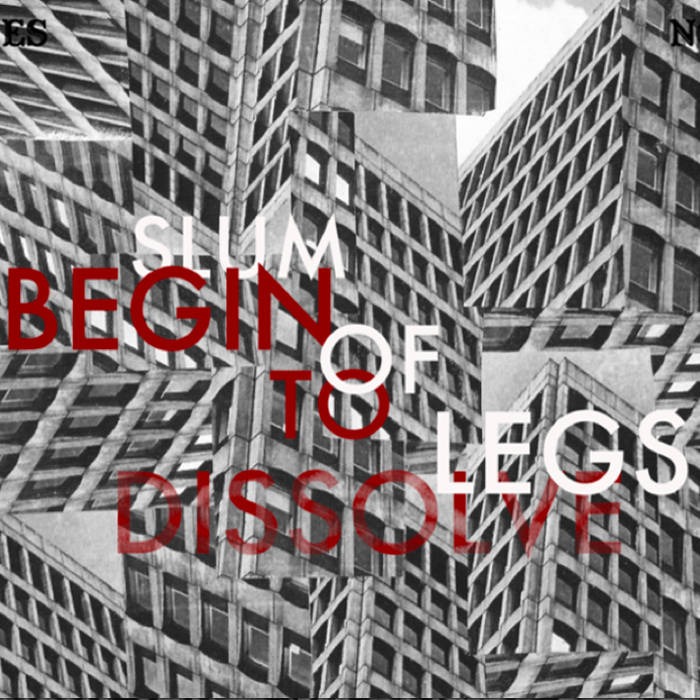 warstreets I'm not sure if these songs are supposed to make me happy, but they do. Draw all of the musical comparisons you'd like. They're probably correct. However, Slum of Legs are doing their own thing. I can't wait for a full album!

"Brighton sextet Slum Of Legs are an enticing bunch, fusing influences ranging from riot grrl, classical and krautrock into their repertoire." Drowned In Sound

“Slum of Legs…could stir up a whole new youth revolution. Rhythmic, ominous and yes, hypnotic…the lyrics are whip smart and need spray painting on walls.” A Fog of Ideas

“Slum of Legs…drip with a passion you rarely hear these days - this is the pop underground kicking back, the sound of defiance in cruel times.” A Layer of Chips

Slum of Legs represent the finest that the burgeoning Brighton DIY/queer scene has to offer. After a dark and cantankerous winter rehearsing in a shipping container under Brighton’s Edwardian railway viaduct, they are bursting across the UK bijou festival circuit with the tenacity and rancour suitable for such a violent combination of characters. Having stunned Indietracks by performing a sweaty séance in a tin church and gaining an ever-increasing number of incendiary support slots including THE LOVELY EGGS, JOANNA GRUESOME, and PERFECT PUSSY, they are ready to win the hearts and minds of a British public. A public that may have sneered at them in playgrounds, at water coolers, and in supermarkets, but a public nonetheless in need of a deeply politicised and articulate charity-shop grrrlgang for whom the classic Mark E Smith aphorism “a big crashing beat where instruments collide and we all get drunk” could never have been so apt. ‘Begin To Dissolve’ represents the first of a series of quick-fire vinyl only releases on Tuff Enuff Records preceding an album release to coincide with a Spring 2015 UK tour. Limited to 250 copies, and already shifting at a rate of knots, Slum Of Legs must be caught while you can. For download codes, press enquiries, and interviews please contact tuffenuffrecords@gmail.com or Tobi Blackman on 07923182292

Tuff Enuff is the record label spawned by Riots Not Diets; a Brighton-based queer/riot grrrl/DIY night.

Bandcamp Daily  your guide to the world of Bandcamp

Lance Skiiiwalker joins the show to discuss his most recent releases